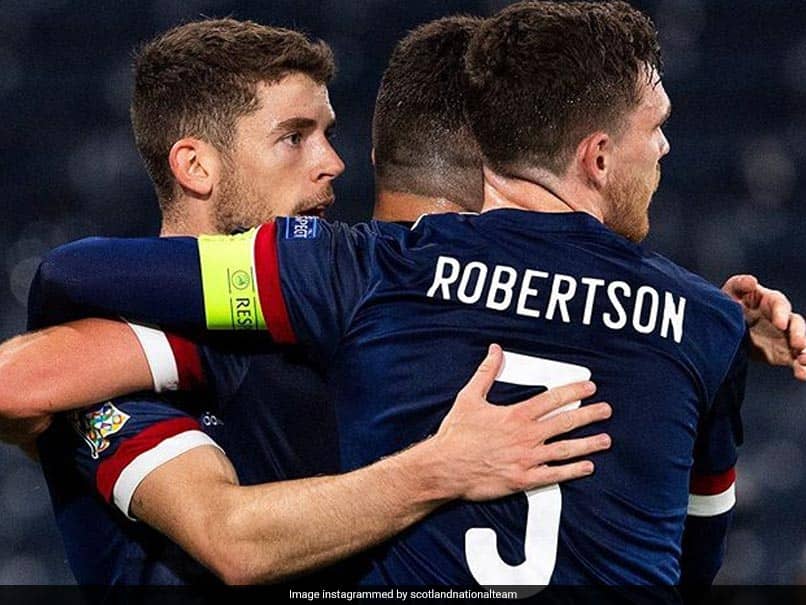 Scotland’s Nations League clash with the Czech Republic on Monday will go ahead as planned, UEFA said on Saturday despite the Czechs appearing to call the game off due to concerns over the spread of coronavirus in their squad. After beating Slovakia 3-1 on Friday, the Czech football association said the squad would be released back to their clubs. The Czechs plans had been affected after West Ham midfielder Tomas Soucek and AS Roma forward Patrik Schick were told to self-isolate after coming into contact with a backroom staff member who tested positive for the virus.

The Czech FA delayed their departure for Slovakia by 24 hours while the entire squad was re-tested and the players made the 200-mile journey by road after splitting up into small groups.

However, a UEFA spokesperson told AFP: “The match is going ahead as scheduled.”

Scotland are due to travel to Olomouc on Sunday.S

In Friday’s statement, the Czech association said “There is great concern that the virus could spread further.”

According to UEFA’s new regulations for international fixtures which were announced last week, matches will go ahead as long as a team has 13 available players after Covid-19 testing.

Topics mentioned in this article

Get the latest updates on IPL 2020, check out the IPL Schedule for 2020 and Indian Premier League (IPL) Cricket live score . Like us on Facebook or follow us on Twitter for more sports updates. You can also download the NDTV Cricket app for Android or iOS.

How Tesla made it to the top 1 min read

How Tesla made it to the top

Timeline PhotosDo YOU have a favourite castle in #Scotland?🏰 There's certainly plenty to choose from! 😉📍 Kilchurn Castle, Argyll 📷 Instagram.com/chrisrussell_mylife ❗ For now travel is not permitted. Our content is intended as inspiration for future visits only. Please follow all current government guidelines to protect yourself & others 😊❗ #StayHome #StaySafe ...

Timeline PhotosTake a moment, sit back & enjoy 🍃What comes to mind when YOU see the Highlands? 😍 📍 Glencoe Lochan📷 Instagram.com/borsphotography ❗ For now travel is not permitted. Our content is intended as inspiration for future visits only. Please follow all current government guidelines to protect yourself & others 😊❗ #StayHome #StaySafe ...

How Tesla made it to the top 1 min read

How Tesla made it to the top